The Quadrangle at University College London was designed by William Wilkins and constructed between 1827 and 1828. It is a natural building of urban research as its surroundings provide a mix of architectural styles. The 3D model of the quad was built using SketchUp with photos grabbed via a mobile phone – quick and simple. 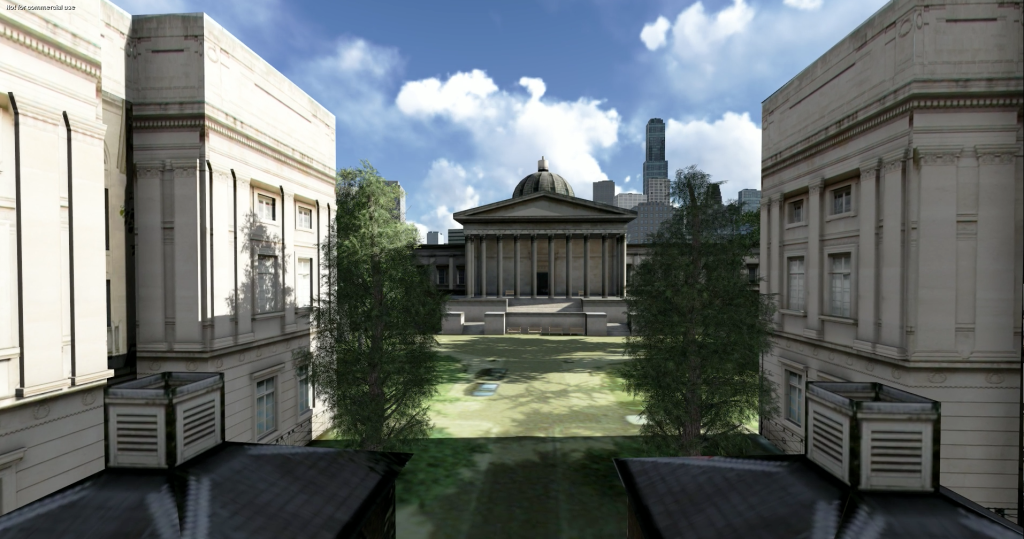 Regular readers will recognise the model from our previous Elder Scrolls IV Game Engine work. We found the model on an old hard drive for a group of students working on a new UCL project. As such we took the opportunity to  load it into Lumion and add it into a future Bloomsbury created using CityEngine. Finally, the falling cubes (CASA branded, home of digital urban) are via 3D Max, linked in from a previous tutorial on Mass FX:

The building is centered on a Corinthian portico, after the completion of University College London Wilkins went to design the National Gallery in Trafalgar Square.
(Visited 787 times, 1 visits today)